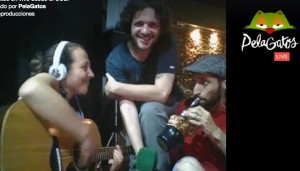 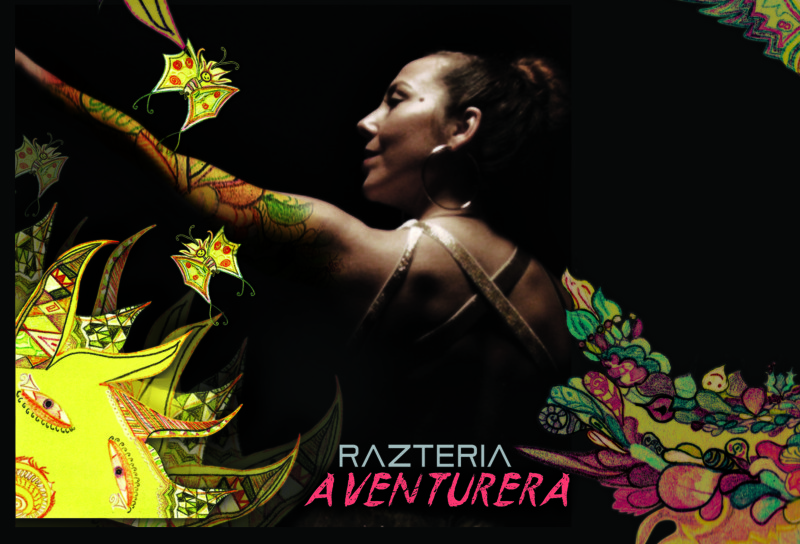 Bay Area Based Latin-Rock-Reggae Artist Razteria to Release Two Singles and Videos Ahead of the March 18th, 2016 Worldwide Release of her 5th Album, “Aventurera”

For Immediate Release – San Francisco, California – Razteria (aka Renée Asteria) can be described as a fusion of early No Doubt, Steel Pulse, Los Aterciopelados, and Marisa Monte.  She is releasing her 5th full-length album, Aventurera, worldwide through her own Asteria Records on March 18th, 2016, honoring spring. The album’s first two singles and videos, Aventurera and Change, will be released on digital platforms January 15th and 22nd 2016, respectively. The album calls out to the adventurer in each one of us to go beyond what we know, reach into the unknown, and challenge ourselves to grow. This theme is woven into a concept across all 12 tracks, with each song being part of the “Aventurera’s” story.  “The Adventurer” is each of us, in one form or another.

Razteria’s multicultural background (born in the USA of Bolivian-Dutch heritage and raised in France) has had a profound influence on her musical journey. Performing in English, Spanish, French, and Portuguese, her music has been described as ‘musically adventurous’ and ‘one of a kind, breaking all rules,’ uniting Reggae, passionate Latin grooves, Rock, powerful messages, and some real musical genius. She is known for her fat bass-lines, her simple yet intricate songs, and her signature ethereal harmonies. Over the past ten years Razteria, performing under both Razteria and Renée Asteria, has planted musical seeds throughout the Americas (Argentina, Bolivia, Canada, and USA) and Europe (France, Switzerland).

Aventurera was recorded & produced at Razteria’s own Truffula Oak Studio. The studio’s name comes from being nestled in an old growth of live oak trees hidden in El Sobrante Hills, CA, and symbolizes a goal of sustainability with the imagery of the Truffula tree (the central focus in Dr. Seuss’s environmentally themed classic “The Lorax”). This album is groundbreaking in its richness, showcasing a collaborative synergy with talented independent artists from the San Francisco Bay Area and beyond.  Artists featured on Aventurera include: Sang Matiz, Rahman Jamaal, Carolyn Smith, Chatterbox, Seneca, as well as Waddell Bell and Lou Neuburger (bass and drums, Fyah Squad Band), Raliegh Neal (keys, Michael Franti and Spearhead), Jayme Arredondo (drums, Don Carlos), Joe Newton (drums), Anthony Ant (trumpet), Dave Eagle (percussion), and Luke Thomas (guitar).  Once the basic tracks were completed, James Ward of Live Oak Studio (Girl on Fire’s Alicia Keys, Will Smith, Beyonce/Destiny’s Child), with whom Razteria has been working for the past 9 years, helped her take the mixes to the final level, and Justin Weiss of Trakworx (Zion I, The Coup, Papa Roach, Chuchito Valdes & Eddy Navia) mastered the album. Two of the songs (Change and Little Sister) were mixed at Kinyama Sounds (Rootwords), a Suisse based label.

Razteria has opened for and performed with Grammy award winning Reggae artist Michael Rose, popular UK/JA lover’s rock Lloyd Brown, The Garifuna Collective from Belize and others. Noteworthy performances include the Montreal Jazz Festival, Reggae on the River, World One Festival, Northwest World Reggae Festival, and World Fest Los Angeles, to name a few. Her music has been featured on MTV’s True Life series as well as a few independent films.

Since 2013 Razteria has been a part of Empress Unification, a collective of Bay Area female artists who perform Reggae and World music in five different languages (English, Farsi, French, Portuguese, and Spanish), backed by The Fyah Squad Band.  The purpose of the collective is to highlight the works and messages of female artists advocating peace, love and unity, as well as to raise funds and collect donations for local women’s charities. The collective consists of Irae Divine, Razteria, Sol Atash, and Ariel Marin. In April 2015, as part of the UnderCover Presents production of Bob Marley’s “Exodus” album, Empress Unification & The Fyah Squad Band recorded the title track Exodus at Fantasy Studios, for which Razteria arranged and recorded the vocals and harmonies.

On Aventurera, Razteria is reinventing herself, branching out musically, learning to let go by releasing memories, and sharing her life lessons.  She believes that there is something on this album that everyone will be able to make their own, relating to the messages embedded within the soundscapes of these songs.  Razteria says “It’s the Aventurera who goes beyond the known, the comfort Zone, and is able to grasp, and be thankful for, the beauty of the unknown: the changes and challenges of Life.”

For Music Samples or to pre-order the album “Aventurera” please visit: asteriarecords.bandcamp.com 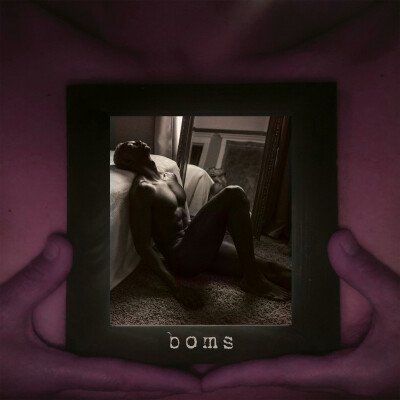