Notice: Only variables should be passed by reference in /home/asteriarecords/public_html/razteria.com/wp-content/plugins/sitepress-multilingual-cms/inc/functions-load.php on line 107

This song, BOMS, “blood of my soul” is dedicated to all of the black women and men who have been murdered by police, a result of systemic racism which permeates every facet of our society. Until #BlackLivesMatter, all lives will not. Profits from streaming on any platform will be added to my monthly contribution to the Equal Justice Initiative (https://eji.org/), and, if it is ever licensed (big money) profits will also be donated.

I am reposting a list of organizations that you can donate to (credit: @botanicaldyke), together with a list of legal resources. https://shorturl.at/krxCD Tab 2: Legal Services and Bail Support Tab 3: Advice for Protesting and Social Media Tab 4: Bail Funds, Memorial Funds, Organizations & Mutual Aid Tab 5: International Solidarity and Resources Tab 6: Misc Mutual Aid and Community Projects

Here are a few of the names of the women and men lost. I know many many more have gone unnoticed, but they are not forgotten.

Video edited and directed by E.A Films Filmed by Alex Zajicek Special thanks to Oriana Saportas for the protest footage. BOMS (blood of my soul) represents the beautiful vulnerability we each feel when we love unconditionally. It came as a stream of consciousness three years ago, and developed into this orchestra of intense sound. I am so grateful for the collaboration for the video (EA Films and Alex Zajicek), the single’s cover art with Baidi Kamagate @im_baidi @le_noir_px (model and photographer) as well as the musicians that helped bring it to life. Kora by Yacouba Diarra, cuatro by Jackelyn Rago, live drums by Jayme Arredondo, all other instruments/vocals/mix by myself, and mastered by Trakworx.

I hope we keep up the fight and force true change in the USA. Demilitarize and defund the police allocating these resources directly to the community. Track individual police and hold police accountable when they use excessive force for any reason, not just when it results in severe injury or death. And so much more. We can do so much. We can vote and make sure those who represent us follow through with their promises, we can protest in the streets, we can donate money, we can boycott businesses use prison labor or otherwise support a white supremacist agenda and we can directly support the black community, by, buying from black businesses, supporting and promoting black artists across disciplines. I hope that we do not allow the numbing effect of living in a society of instant gratification consumerism to continue to drug us into inaction through surface-deep distractions, the illusion of division. I hope we can rediscover the unique creativity that lies in each of us, our power of expression, of true love. Renee Asteria/Razteria/Renay Asteria Records 2020 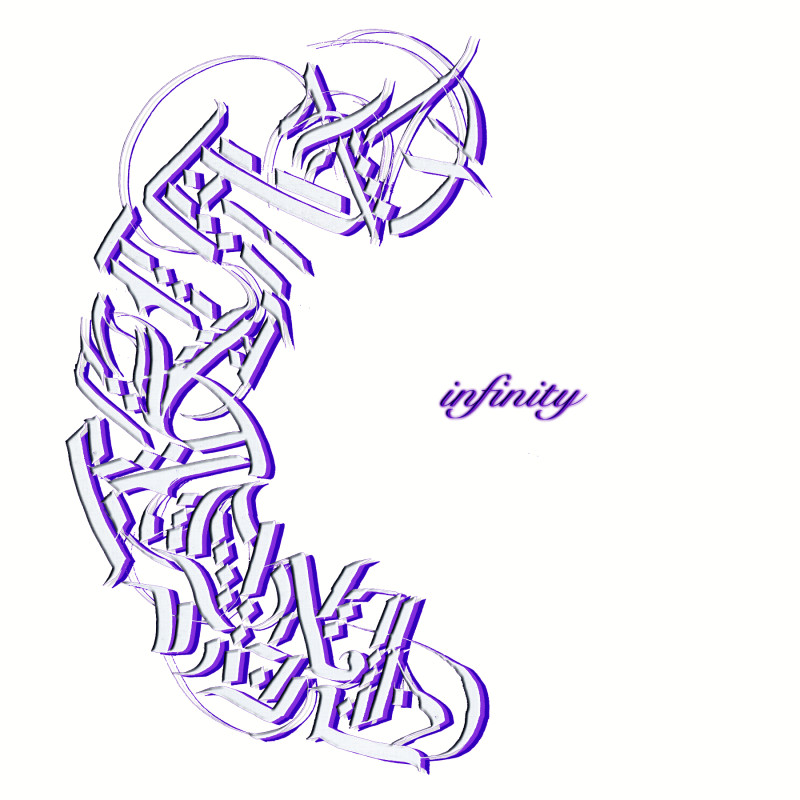 A million miles a minute

So much love inside me

My love is infinity

Far beyond what eyes see

My Body melts away

my essence just the best

A trillion miles a second

higher than the purest

higher than the purest

I love you Infinitely

You’ll always be, Forever part of me

What will be will be

You’ll always be part of me

My love is infinity

Your Forever part of me

So much love it blinds me

I don’t need to see 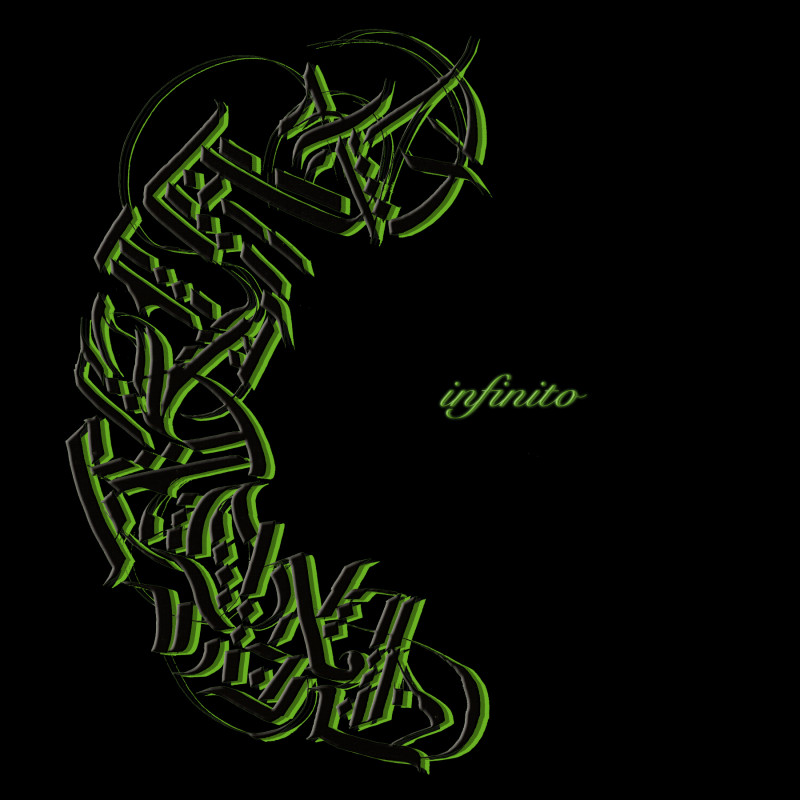 Infinito (Infinite) – Vocal version of Con Todos (With Everyone)

Percussion by Oscar Reyes recorded at

No les voy a escuchar

No voy a regresar

No les voy a escuchar

No voy a regresar 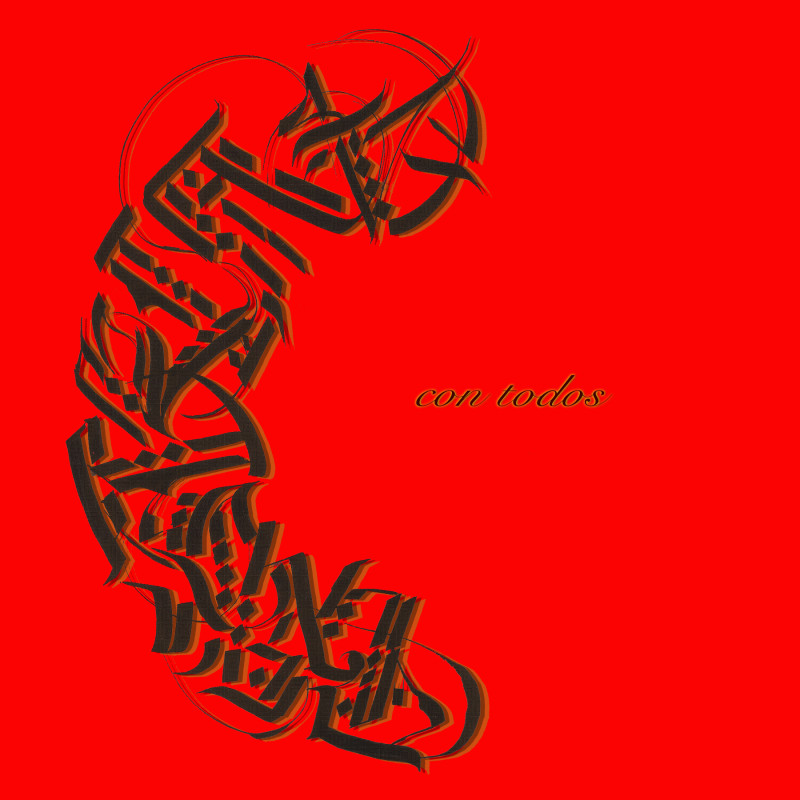 Con Todos (With Everyone) by RAZTERIA featuring Lucas Rochaix 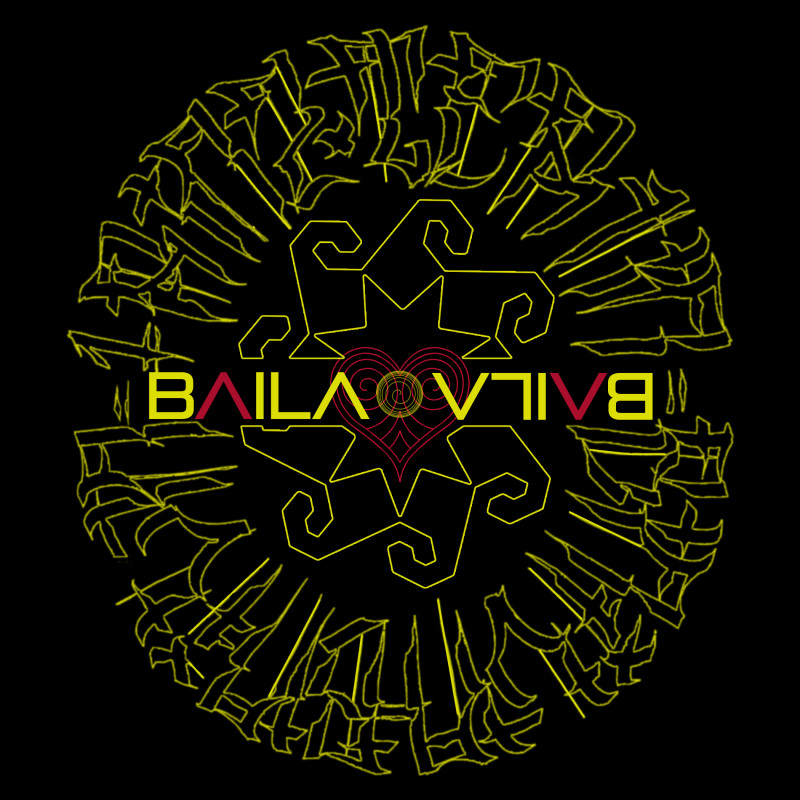 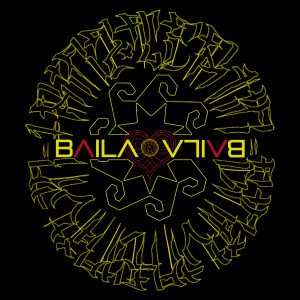 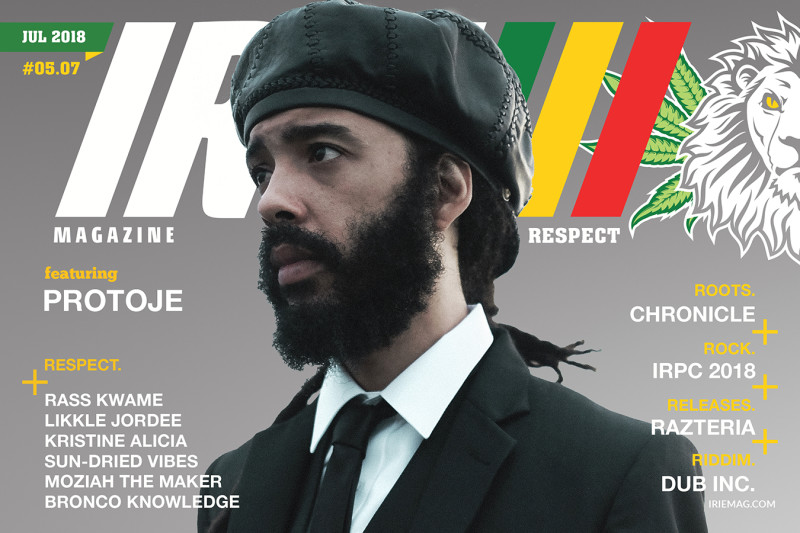 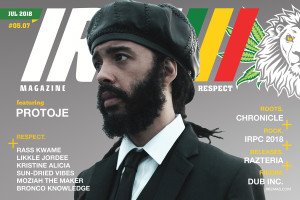 San Francisco bay based eclectic independent music producer Razteria is reaching out to fans to help fund the two interwoven projects, the production and marketing of new album Aventurera and development of Truffula Oak recording studio. In addition to Razteria’s discography & album release concert tickets, backers can choose from tailored recording and music production sessions at her own studio, and a line of merchandise which is ethical, environmentally friendly and healing. From organic cotton Fair-Trade T-shirts, to a line of essential oil based body care products by Berkeley based SoL Essence Oils, there is something for everyone. Ten percent of proceeds are being donated to a non-governmental organization Helping Refugees in Jordan (HRJ).

RAZTERIA, a fusion of No Doubt, Bomba Estereo and Marisa Monte, who breaks musical boundaries and sings in English, Spanish, French and Portuguese, has been preparing the release of her 5th independently produced album Aventurera which drops March 18th, 2016 online and instore. Just debuting on the CMJ New World chart February 2016, the album shows great promise.

The Aventurera album consists of 10 tracks (+ 2 bonus tracks), crossing between English, Spanish and French. It is to be released to honor spring (March 18, 2016), and symbolizes rebirth. This album is groundbreaking in its richness, representing the synergy of collaborations with talented independent SF Bay artists and beyond.

1) AVENTURERA, fuses sweet South American sounds and rhythms together with a flavor of reggaeton, representing the intertwining of cultures, bringing together the talents of Razteria and Yuriza Jared from Afro-peruvian funk band Sang Matiz. http://soundcloud.com/razteria/aventurera

2) CHANGE, a trilingual crossover track, is a collaboration between Razteria and Rahman Jamaal, two contrasting musical artists, who bring world music, rock and hiphop together. The music calls for the need to revolutionize our current mind-state as we hold the power to change, without fear. Change is the only constant in Life. http://soundcloud.com/razteria.com/change

3) LIFE, the oldest track on the record, recorded with Fyah Squad Band, was written 11 years ago, and has finally melted into its first published form, fusing haunting vocals with a tribal beat and 80’s rock. This song’s theme is ageless, calling us to never give up and take on life in all of its forms.

4) TAKE MY HAND, a funk rock ballad about wishing that the other could see inside your mind, bypassing the misunderstandings that come as a result of the imperfections of communicating through language or the misinterpretation of one’s actions. It features two Bay area based lyricists, Seneca Schachter and Chatterbox .

5) LITTLE SISTER, is a lively reggae-pop tune emanating the importance of nurturing relationships, mentorship and love. This is Razteria’s a personal message to her younger sisters and nieces.

6) ONCE AGAIN, is an odd cross of funk and rock with a rap by Rahman Jamaal and drums by Jayme Arredondo. Razteria’s favorite on the album representing her wish to live to see, hear and feel loved ones all over the world, once again.

7) ZONE, a jam trippy track extracted from a Halloween night jam session together with pianist and songwriter Carolyn Smith.

8) THANKFUL is a simple spiritual song of praise, in the same thematic vein of Gracias a la Vida by revolutionary folk songwriter Violeta Parra.

9) WORLD is a positively melancholic track which emanates tragic beauty, juxtaposition of the contrasting struggles of so many in this world, with the beauty of this world. It calls for us to recognize and share our lives in solidarity.

12) ONCE AGAIN (bonus vocal mix) is a powerful yet ethereal mix featuring a Razteria’s signature harmonies and Rahman Jamaal’s rap. The harmonies are reminiscent of Queen.

Aventurera was 90% recorded & produced at Razteria’s Truffula Oak Studio, which she is raising funds to finish. The studio has been progressively built over the past 3 years with sound engineer Josh Petersen and the Big Tadoo Puppet Crew. It is currently up and running with a minimum recording gear to do quality recordings.

Where does the name come from?

Nestled in an old growth of live oak trees up hidden in El Sobrante Hills, the name “Truffula” symbolizes a more general goal of sustainability with the imagery of the Truffula tree, the central focus in Dr. Seuss’s 1971 environmentally themed children’s book “The Lorax”. A powerful tale which is more relevant now than ever before, the dire need to conserve the earth’s precious and finite natural resources. The studio is currently 100% solar powered and Razteria is working towards having a food forest and full grey water system. Check out http://www.theloraxproject.net for ideas on how to spread the message of the Lorax.

Razteria has made it priority to offer ethical and environmentally friendly gifts to backers in appreciation of their donations. She worked closely with Berkeley based Sol Essence Oils to develop essential oil healing products which match the messages in the songs “Life” (Cheer blend), “Change” (Passion blend), “Take my hand” (Serenity blend) and “the World” (Wild Orange oil).

In choosing to use only Fair-Trade textiles, Razteria is emphasizing the importance of the movement. She states: “In this day and age, even more powerful then the vote, each consumer choice we make determines the fate of millions all over the world. Fair Trade provides a framework whereby there is a more direct link between consumers and producers, more of the money that we spend on a given product, gets to those who actually make it. This is the first time in my music career that I have ever produced merchandise, and it is a no brainer for me that it has to be Fair Trade.” Razteria is sourcing shirts from HAE NOW which stands for Humans, Animals & Environment NOW. https://www.haenow.com 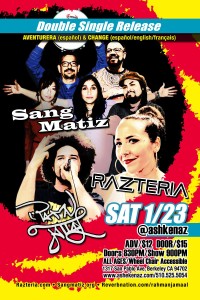 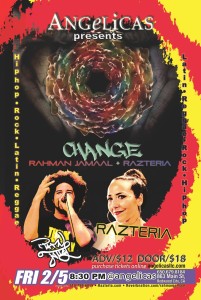 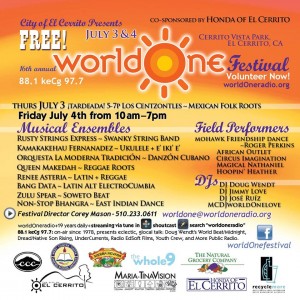 WorldOne Festival is an eclectic multicultural all-day arts, culture and music fest in Cerrito Vista Park featuring an array of artists from around the world. Lots of activities for people of all ages and great food too, this is El Cerrito’s biggest event of the year.
If you were there this year for our 15th annual installment of the home-town large-scale friendly extravaganza, then you know what we’re talking about! Tell your friends you’ll see them there next year for the 2014 version!

Empress Meditations – In Honor of Our Fathers

This post is also available in: French, Spanish, Portuguese (Brazil)

No release to display yet.